Just who the hell IS "Charlie?" 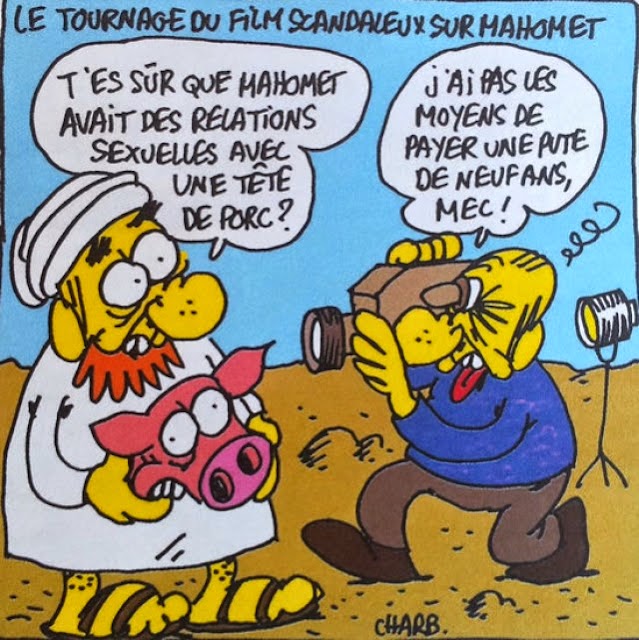 Cries of "Je suis Charlie" are echoing across the world, and a million extra issues of what is likely to be the magazine's final issue are being printed.  It took twelve deaths, but Charlie Hebdo suddenly is popular.  A month ago, they were suffering the common fate of the world's print media, and begging their small number of subscribers for contributions so they could stay in business a while longer.

Well, I guess they found the formula — the same formula used by their fundamentalist antagonists.  It seems all they needed were some martyrs.  Now they have them, and the world is paying attention.  Too bad it took a dozen deaths to draw attention to some studiously offensive cartoons, but that's life in the twenty-first century.
Posted by the view from vicworld at 1:59 PM