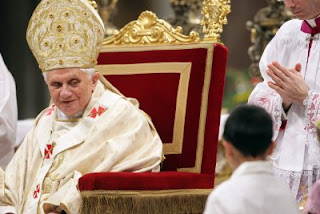 I was researching a possible video with the working title of "Vic Solves the Pedophile Priest Problem" when I ran into the survey commissioned by the U.S. Conference of Catholic Bishops. Granted, there is no valid reason to assume that findings for the U.S. apply to Ireland, Germany, or other areas involved in the widening scandal, but I think they are, nevertheless, pretty interesting.

For one thing, the data show that roughly three quarters of the accused were not actually pedophiles — they more properly should be referred to as ephebophiles (also known as hebephiles or, in the terminology of the Stonewall era, chicken hawks.) Ephebophiles are not interested in little boys, but only in larger, postpubescent big boys. In many jurisdictions around the world, that means the priests who diddled a good many of them — the sixteen- and seventeen-year-olds — were just gay. (Actually, in the Pashtun regions of Pakistan and Afghanistan, diddling adolescent boys is just a prerogative of being rich and powerful — neither gay nor perverse in any way.)

The real scandal, of course, is the cover-up — the cover-up, as always, being more damaging than the initial offense. They won't come right out and say it, but what the Catholic leadership wants us to understand is that Benedict wasn't officially infallible before he became Pope. Whatever he did when he was just an archbishop, or Prefect for the Congregation of the Doctrine of the Faith, or a member of the Hitler Youth, didn't actually count — no matter what the New York Times has to say about it.

Anyway, I do have a solution for "the Pope's little problem," but you'll have to wait for the video if you can't figure it out on your own. As you may have noticed, my "simple solutions" always are eminently rational, truly simple, and never adopted (unless the U.S. actually is buying the opium from Marja.)

Wait and see.
Posted by the view from vicworld at 2:51 PM