Travis Reinking, the 29-year-old, Tr*mp inspired "sovereign citizen" who invaded a Waffle House restaurant in a black suburb of Nashville on April 22  sought an interview with the President last July.  Although denied a meeting, his name did come to the attention of White House officials.  Anonymous sources report that he was of particular interest to Stephen Miller, the 33-year-old speechwriter and Tr*mp-whisperer who has maintained a suspiciously low profile in recent months.  Those sources say that a Miller aide contacted Reinking the following week, and helped him plan the attack.  "Don't wear pants," the aide suggested, "and they won't look at your face.  Nobody will know it was you."

Miller apparently believed that a racist massacre would help to distract media attention from the seizure of incriminating documents from Tr*mp attorney Michael Cohen, as well as other White House problems connected to the Mueller investigation.  "They'd have preferred more prominent victims, like in the Dylann Roof attack," said one insider, "but the guy was crazy, so they had to take what they could get."

All of the above is a total fabrication, of course, but no more incredible than the story about Hillary Clinton running a child sex ring out of a pizza parlor.  You'd expect that somebody might believe it, though — right?  Well, no.  Conspiracy theories aimed at liberals are far less effective than conspiracy theories aimed at conservatives.  "That's because conservatives are stupid," you reply.  Sorry, wrong again.  There are plenty of stupid liberals.  The difference is attributable to the different personality characteristics of liberals and conservatives.

Research shows that conservatives have a far greater need for cognitive closure: they find it much harder to tolerate ambiguity, and so are more willing to accept new "information" that confirms their preexisting beliefs.  Conservatives also are measurably more fearful than liberals, hence more responsive to stories they see as threatening.  Fear overrides logical inconsistencies, and demands an immediate, aggressive response.  Fear feeds authoritarianism.

Nonpartisan internet entrepreneurs who monetized fake news during the 2016 election quickly abandoned attempts to make money on liberal-themed sites, but the conservative clickbait was highly profitable.  There is little reason to believe that Facebook and Google will correct their algorithms in time for the 2018 midterms, so we can expect the lies to flow on unabated.

Posted by the view from vicworld at 9:55 PM No comments: 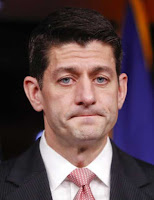 Posted by the view from vicworld at 3:52 AM No comments:

A Wrinkle in Trade?

While the news media and the markets are captivated by Our President's current game of chicken with China, the US has advanced a very unorthodox idea at the NAFTA renegotiation — and it's a surprisingly good idea.

To avoid US tariffs on automobiles produced in Mexico, manufacturers there would be obliged to pay their assembly line workers $15 an hour.  That is twice the US federal minimum wage, and considerably more than starting salaries at non-union assembly lines in the southern United States. The $15 figure is just an opening gambit, of course: nobody really wants to see underpaid Alabamians sneaking across the border for better-paying jobs in Mexico.  Nevertheless, demanding better pay for foreign workers could be a more intelligent approach to both balance-of-trade and unauthorized immigration concerns.

Labor standards have been a part of trade negotiations for many decades, but usually receive short shrift when agreements are finalized, and seldom are enforced.  Negotiated by and for multinational corporations, they rarely go beyond banning slave or convict labor — not an especially high bar.  (The TPP would have included somewhat higher standards, had it been ratified, but that ship has sailed.)

Globalization has lifted tens of millions out of abject poverty in the developing world — at least in countries like China, where not all the newly generated wealth was co-opted by plutocrats.  If the Tr*mp administration advances a new paradigm that benefits the working poor around the world, it will be ironic — but also very welcome.

Posted by the view from vicworld at 2:18 PM No comments: