The "threat" from Iran


How do you win a war without actually fighting one?  You don't.  You can, however, create the appearance of war: engage in a lot of bloviating and sabre-rattling, and then declare victory.  You don't need a real war to "wag the dog."

When I saw the first photographs of the damage done to those oil tankers in the Gulf of Oman, I was, to say the least, incredulous — describing the damage as "minimal" is an overstatement.  No oil was spilled; no flames; no casualties.  Compared to the attack on the USS Cole in 2000 or the attack on the Limburg tanker in 2002, the recent acts of sabotage were flea bites.

All four tankers were able to proceed under their own power: there was no disruption of traffic in or around the port of Abu Dhabi, to the great "relief" of the Emiratis. If the Iranians truly were responsible, it's evidence that they're too incompetent to present a credible threat to anybody. Just the same, the "attacks" helped to justify the accelerated buildup of US military force in the region and the sale of $8 billion worth of offensive weapons to Saudi Arabia and the UAE. In the absence of any evidence implicating Iran, the obvious question is qui bono? — and the obvious answer is Saudi Arabia, the UAE, and the Tr*mp Administration.

Then there is the "intelligence" indicating Iran presents a "credible threat" to US forces in the region.  Such intelligence always exists: what changes is its interpretation, depending on what those who control it want it to say.

Those who want evidence of Tr*mpian "collusion" with a foreign government will do better examining the Saudis than the Russians.  Everybody expects Saudi support for Jared's "peace plan" for Israel and the Palestinians (and nobody will be surprised if the plan seeks to institutionalize apartheid in the name of "economic development.")

One final note: Erik Prince runs Academi, the successor to Blackwater, out of Abu Dhabi — and he employs a substantial number of former Navy Seals.

Posted by the view from vicworld at 12:50 PM No comments: 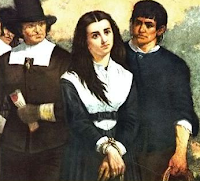 Posted by the view from vicworld at 12:13 PM No comments:

Iran
Anybody who was paying attention back in 2003 should be experiencing an ominous sense of déjà vu about now.  One big difference is that the news media are a lot less likely to be suckered today than they were last time, so Bolton's regime change plan for Iran shouldn't go over quite as well as the plan for regime change in Iraq did.   Given the suffering US policy has created for the Iranian people, it's hard to imagine how any democratically elected government in Iran could be friendly to the US.

Trade War
Congress is less partisan about Tr*mp's tariffs than it is about most issues, although Republican opponents are not especially vocal about it.  It makes perfect political sense that a Rust Belt Democrat would back the tariffs, but I suspect some other Democratic supporters just want Our President to crash the economy in time for 2020.  The main sticking point in negotiations seems to be US insistence on changes to Chinese law, an embarrassing compromise of Chinese sovereignty.  Such changes hardly seem necessary: Xi is just as likely to ignore Chinese law as Tr*mp is to ignore American law — but a lot less likely to be called on it.

Venezuela
While plenty of Venezuelans – especially the more affluent – would love to dump Maduro, they don't seem to be especially enthusiastic about Guidó either.  It's unclear just what kind of compromise Swedish diplomats hope to facilitate, but it won't be an easy task.  Any deal will have to satisfy two belligerent incompetents: Maduro and Tr*mp.  Guidó doesn't count anymore.

Posted by the view from vicworld at 9:06 AM No comments:

Meanwhile, at the Fed...

It's been obvious that Our President values "loyalty" over competence, so nobody could have been especially surprised when he proposed two incompetent sycophants for seats on the Fed.  Both Cain and Moore, though,  turned out to be too horrendous even for some otherwise dependably sycophantic Republican senators.  Let us all breathe great sighs of relief.

The Fed is struggling with an unprecedented problem: ten years of economic growth with little to no inflation.  That may seem like a great thing, but that low inflation – combined with a prolonged but slow growth rate – has made it nearly impossible to push interest rates higher.  Yes, that still sounds like a good thing, but it's robbing the Fed of its most important tool for coping with an economic downturn: with interest rates so low, there's no room to meaningfully cut them when the next downturn arrives.

Assuming capitalism hasn't outgrown the business cycle, recession is inevitable — and given the length of the current expansion, it can't be too far away.  The Fed fights recession by significantly cutting interest rates; but with rates already so low, there's not enough to cut to create adequate stimulus.  It will be forced to try quantitative easing again; and economists still aren't sure how well that worked last time around.

The two empty seats on the Federal Reserve Board have to be filled by individuals who not only are expert in monetary policy, but are creative enough to come up with new strategies to prevent a downturn from spiraling into a crash.  Frankly, I'm not sure anybody can come up with the needed answers right now — but I am sure we can do better than a pair of political hacks.

Posted by the view from vicworld at 12:45 AM No comments: