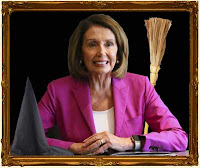 Posted by the view from vicworld at 9:06 PM No comments: 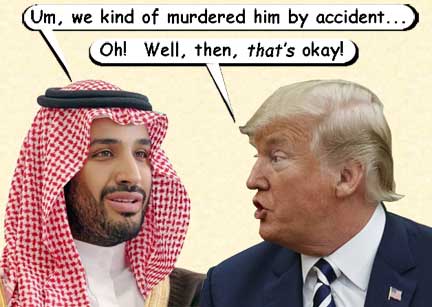 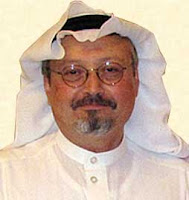 A journalist is missing, probably dead, and whatever happened to him can be attributed to the government of Saudi Arabia.  That certainly is upsetting, but one wonders why it has drawn more media and Congressional censure than ongoing war crimes in Yemen; the imprisonment of women's rights advocates, including one sentenced to death; the imprisonment and near-fatal flogging of a mildly dissident blogger; the kidnapping and mistreatment of the Prime Minister of Lebanon; the Qatar blockade; and an host of other abuses.

Oh, yeah, there was that little matter of the Saudi royal family's involvement with al Qaeda prior to 9/11.

Jamal Khashoggi's reputation for "liberalism" dates from when he lost his job as editor of the Saudi journal Al Watan for failure to censor an article suggesting that Ibn Taymiyya, the 14th century founder of Wahabbism, may have been less than infallible.  It was just a minor glitch, though — more significant, since the rise of Crown Prince Mohammed bin Salman, were close ties to ousted defense minister Turki al-Faisal.  One suspects that most of Khashoggi's royal friends were among those rounded up by MbS for the great Ritz Carleton shakedown.

Clearly, criticism of MbS is enough to get a person murdered these days, but there seems to be one question nobody is asking: why did Turkey go so public so soon, and what's in it for Recip Tayyip Erdogan?  It would have been easy enough for the Turks to pretend ignorance: instead, they leapt at the chance to spread grisly tales of torture and dismemberment, thereby revealing a practice of bugging foreign embassies and consulates.  (Nobody actually will believe the "Apple watch" story.)

My guess is that Turkey is tired of being pushed aside as America's favored partner in the Middle East, especially now that Erdogan has tanked the Turkish economy.  How can Americans complain about a little Turkish authoritarianism when the Saudis are so much worse?  The release of Evangelical agitator Andrew Brunson signals renewed Turkish interest in close partnership with the United States — not just an end to sanctions, but some sort of financial rescue.

Crown Ponce Jared won't like the idea, and neither will his "uncle" Bibi: a falling out with MbS will throw their alleged "peace plan" into disarray.  It won't go over too well with American corporations heavily financed by the Saudi sovereign wealth fund either.  Stay tuned for the next exciting episode!

Posted by the view from vicworld at 1:30 PM No comments:

Next point of business, please...

Now that he's confirmed, let's just hurry up and get the postmortem behind us.

Kavanaugh's chief qualifications for the Court are that he will be dependably pro-corporate and pro-plutocrat.  Born to wealth, power, and privilege, he never will find anything in the Constitution that might threaten the prerogatives of his class; and he'll vote to expand those prerogatives whenever the opportunity arises.  He might not vote to overturn Roe v. Wade, but he'll happily approve states legislating it into irrelevance.  After all, if some high school drunk knocks up one of his daughters, she won't have any trouble securing a safe, medical abortion.

Had Democrats genuinely wanted to stop Kavanaugh because of his moral failures, Feinstein's office could have had a quiet word with the White House Counsel while Kavanaugh was just a name on a list — but they said nothing.  It was only after he was nominated that Blasey-Ford's story –and her name– were leaked to the press.  Once her name was public, she had no choice but to testify.  Republicans may have been the ravening beasts, but Democrats were the ones who tossed her into the arena.  Throughout the entire sorry spectacle, Blasey-Ford was the only individual who behaved well .

Clearly, women will be better off if Democrats capture the House next month, and the same is true for anybody who is not part of the so-called "one percent" — but those who want the kinds of change that genuinely will make a difference have to do more.  We have to grab the Democratic Party by the neck and shake out the corporatists, the neoliberals, and the rest of the entrenched leadership.  When Bill Clinton and his "New Democrats" moved the Party to the right, they abandoned its principles.  It's time for real Democrats to take our Party back.

Posted by the view from vicworld at 1:10 AM 1 comment: