At this point in 2016, the consensus among the talking heads was that Donald Tr*mp could never win the Republican candidacy, much less the presidency.  Surely, they opined, Tr*mp was too extreme, too unorthodox: the nominee would be a far safer candidate.  (Remember Jeb Bush?)

What the punditry missed was that it was Tr*mp's unorthodoxy – his disregard the "rules" – that powered his candidacy.  Tr*mp was a disruptor – a norm-breaking agent of change – and change was just what many voters desperately wanted.  It was the same impulse that helped Obama win in 2008.  (The black guy just had to be different – right?)

For decades, American optimism has been in decline.  Only a third believe their children will be better off than they are, and the data indicate that the majority two-thirds are probably correct.  Over the past three years, nothing has happened to change those attitudes.  A low unemployment rate makes it easier to find a second job when your first job won't pay the bills, but that's not a recipe for life satisfaction.  In the critical Rust Belt states, Tr*mp's trade wars have reduced the number of well-paid manufacturing jobs; and insecure "gig" jobs with no benefits offer little comfort.

The face of change this time around is Bernie Sanders, and his plan for disrupting the status quo centers around redistributing wealth from the obscenely rich to the rest of us.  Granted, the USofA already may be too corrupt for that goal to be attainable, but that doesn't make the goal any less attractive to the many who feel left behind, or any less valid if we hope to salvage some of what we call "democracy" in America.

Tr*mp's own weaknesses could make him vulnerable to any potential Democratic opponent (with the possible exception of Joe Biden), but cautious incrementalism doesn't inspire voters to flock to the polls.  The real "swing voters" aren't cautious moderates; they're angry malcontents.  Like it or not, Bernie is the Democratic Party's best chance to win over those voters and take the presidency.

Posted by the view from vicworld at 4:04 PM No comments:


I'll never forget the look of shock and horror on the young ADA's face when the grand jury I was serving on failed to endorse just one count of a multi-count indictment against a drunk who had seriously annoyed some local cops.  It was the only charge we failed to endorse among the dozens of cases brought before us that month.

I wish I could have seen the expression on William Barr's face when his prosecutors told him they couldn't win an indictment of Andrew McCabe after nearly two years of  trying — but I guess I'll have to be satisfied by his tortured efforts to explain how Our President's tweets make his job {punishing Tr*mp's enemies and rewarding his friends) "impossible."  If he was trying to salvage a scrap of self-respect, his effort was singularly unsuccessful.

"I'm not going to be bullied by anyone," the AG proclaimed.  Perhaps.  Maybe it doesn't count as bullying when you've already rolled over and played dead.

Posted by the view from vicworld at 8:57 AM No comments: 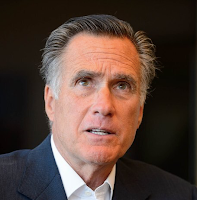 Posted by the view from vicworld at 12:52 PM No comments: