Mueller speaks
It's hard to believe that those who didn't read the Mueller Report watched him on TV for five hours.  The impact of the report on specific individuals will depend entirely on the video clips chosen by their news outlets of choice.  California Republican Tom McClintock's analogy comparing Mueller's report to a flaming sack of sh*t must have had the Congressman's aides rolling on the floor when they wrote it, and I'm sure it will get a lot of play on conservative media.  Less likely to get much play in those quarters will be Mueller's uncharacteristically biting reply.

Wrestling with hate
Watching some video of last week's North Carolina Tr*mp rally took me back to 1967, when I took a date to Pittsburgh's Civic Arena for a heavyweight wrestling show.  The villains back then still included a "Nazi" and a "Jap," along with a more contemporary "Commie."  My date and I left early, not because of the wrestling, but because of the fans — who were dead serious about what they saw in the ring.  Their howls and chants of pure hatred against the "bad guys" — the others — were genuinely horrifying.

The UK's new PM
There's an excellent chance that Boris Johnson will cheerfully lead his country into economic catastrophe with a no-deal Brexit.  Since Conservative MPs are every bit as spineless as Republicans in our Congress, a no-confidence vote seems impossible.  Johnson is far more intelligent and literate than Our President, to whom he frequently is compared; but they share a similar instinct for appealing to the basest populist instincts of their electorates.

Posted by the view from vicworld at 9:30 PM No comments: 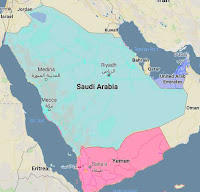 Posted by the view from vicworld at 11:28 AM No comments:


It's hard to believe Jeffrey Epstein kept all those young girls to himself: he seems like a man who likes his consumption to be conspicuous, and so felt compelled to share some of his "conquests" with men he wanted to impress.  I suspect that the main function of the sweetheart plea deal he got from Alexander Acosta was to keep the names of those men confidential — men Acosta thought too powerful to touch.  Since the deal provides immunity for Epstein's co-conspirators, both named and unnamed, one does wonder just whose names were in Epstein's Rolodex.

Meanwhile, Attorney General Dan Barr may have set a new record for "un-recusing" himself from the Epstein prosecution — assuming that "un-recusal" is something that ever happened before.  While it is understandable that Our President has a problem with Attorneys General recusing themselves from investigations, Barr's instant turnaround does make one wonder if there might be more involved in his decision to take charge of the case.

Now that Dan Barr has taken charge of the case, I imagine the panic level in the corridors of power is down a notch or two.  Nevertheless, a coverup in 2019 may prove a lot more challenging than the coverup of 2008.