August is supposed to be a slow news month, a good month to take a break — but we don't have slow news months anymore.  We're battered by news, oppressed by it.  Sometimes it seems there's just nothing more to say.

Everybody with a shred of decency was horrified by the separation of refugee children from their parents at our southern border, and continues to be horrified because the immediate crisis remains unresolved and the damage to children will be permanent.  One needn't recognize any religious faith to recognize evil.

Nobody could have been even mildly surprised by the "Omarosa revelations" — if she has more tapes to share, they will be more of the same.  Tr*mp continues to alienate America's allies, and Democrats still struggle to solve their "Pelosi problem."

The Cohen plea agreement and the Manafort convictions have made no noticeable impact on Congressional Republicans, much less on the rabid Republican "base."  Giuliani's assertion that "truth isn't truth" could have been based on observation.  Wildfires, both literal and figurative, continue to burn.

Still, I will look forward to the "reality television" of the McCain funeral, which potentially could have more political impact than babies ripped from their mothers' arms.  Truth isn't truth, you know.  It's only the perception that counts.

Posted by the view from vicworld at 10:33 AM No comments: 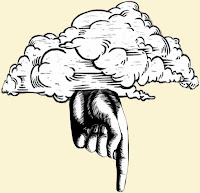 If you assume that the goal of the new "Religious Liberty Task Force" recently announced by Attorney General Jeff Sessions will be to find new and better ways to discriminate against the LGBT community, you probably are underestimating the Attorney General and the administration he serves.  Rest assured that the Task Force also will investigate new ways to justify restricting women's reproductive rights, expand federal funding for religious schools, and aggressively erode the separation of Church and State.

Political authoritarians and religious hierarchies enjoy a natural partnership.  Both are essentially conservative, demanding that followers  accept the immutable rules and mythologies they hand down.  Neither can tolerate opposition based on anything so heterodox as rational thought, and both perceive those from outside their networks of believers as threats to be resisted, repressed, and demonized.  Working together, they keep their followers unquestioning and compliant.

Such partnerships may be as old as human civilization, but there are plenty of contemporary examples.  Conservative Islam, either Sunni or Shi'a, dominates the autocracies of the Middle East.  The Orthodox parties in Israel recently cooperated with Netanyahu's Likud to enact legal changes that make Muslims and Druse second-class citizens.  In India, Modi's Hindu nationalists stay in power by persecuting Muslims, and the generals of Myanmar have solidified Buddhist support by doing the same.

Of course, the relationship that most resembles Tr*mp's alliance of interests with Evangelicals is Putin's alliance of interests with the Russian Orthodox Church; and in Russia, too, the effort to strengthen church-state solidarity began by attacking homosexuals.  Perhaps "moral" considerations motivate religious conservatives to endorse and facilitate authoritarian political leadership, but the process is inevitably corrupt.

Posted by the view from vicworld at 3:21 AM No comments: